The  original three year, (yes, long overdue) and now decade long, project to re-release the aviation textbook
You Can Learn to Fly
continues with the release of a Kindle Reader version of the book.

...Skip forward to November of 2011 and the re-release of You Can Learn to Fly continues as it has now been reformatted and re-released as a Kindle EBook which can be downloaded and read on any Kindle Reader, any PC, iPhone, Android or other mobile device by installing the Kindle Reader App.

This excellent aviation textbook was co-written by Bevo and the well known aviation writer William Strohmeier.  The foundation for this basic flying textbook was born from the authors' combined experience operating Army Air Corps primary flight training school at Hawthorne Field where the scool trained thousands of military pilots for the WWII effort in and around Orangeburg, South Carolina flying Stearmans.

As I went through the process of converting this textbook to it's new electronic format I was stunned to find, over and over again, the fact that many of the hard won aviation skills that I personally learned over many years in the air (the hard way) had been fully and effectively covered in this primary flight textbook.  Had I taken the time to read this book in my youth, doing so would have saved me many hours of the traditional "trial and error" in the air learning process.

CD copies containing the PDF format copy of the book are still available by contacting me directly.

The current price for the CDRom version is now $20 plus $2 (USA) and $5 (International) shipping and handling.

For a copy the CD-Rom version, send a check or money order to;

The Resurrection of a 64 Year Old Textbook 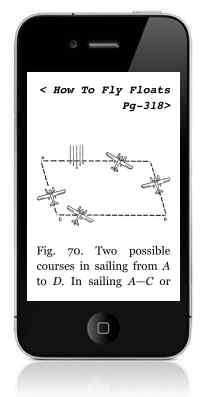 In my opinion, this textbook continues to stand on it's merits as an effective aviation teaching tool on into the twenty first century in spite of it's age.  Unlike many current aviation textbooks, this book focuses on the basic skills required to fly any airplane.


At the start of this project in 2002, a year of experimenting with this book underscored the need to provide it in an EBook reader format that allowed fast loading and fast navigation, including easy searching for specific terms.  Another feature was the addition of a hyperlinked table of contents.   In addition to search options, the original textbook index is also preserved and hyperlinks added to every index entry allowing one click access to the original index referenced pages. 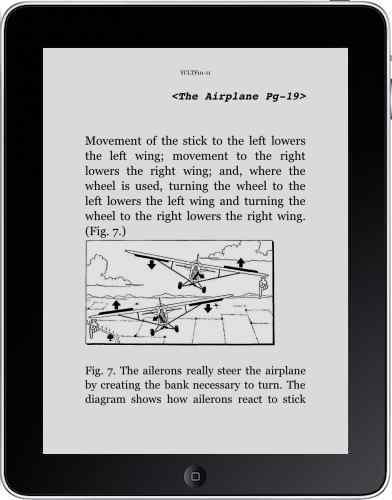 From the start, another primary goal was to provide a usable reference book that was installable on a PDA to give the readers the ability to take the information with them and access it anywhere, including the cockpit of a two seat training aircraft.

There were limited EBook formats such as Microsoft's Reader when this conversion project began in 2004, and all proved to be unsuitable for any reference or text book for a number of reasons such as the difficulty to download, slow load and navigation times, so, the original conversion used Adobe's PDF "Acrobat" format.

It is now 2016 and EBook technology has evolved significantly since the conversion was released in 2004.  The next step in keeping this valuable textbook alive and accessible to anyone who is interested in learning and understanding the basics of flight is in the Kindle EBook format.  The Kindle and Kindle reader apps provide instant loading, remembering your last page, keeping notes and highlights as you read, searching and hyperlinks to both locations within the book as well as those on the internet.  Reference notes on the Kindle or Kindle apps made while reading are instantly accessible on any PC or mobile device at this page.

In addition to a Kindle device providing a convenient way to carry and read the book, even in a cockpit in full sunlight, the Kindle format is currently supported on almost all mobile devices in use today by the use of the free Kindle Reader "App" which can be easily installed on most phones and devices such as the iPhone, iPad, Android phones and tablets, and many others.

Please contact me for reprint rights for other uses of the book's content and we will be happy to work with you to meet your needs.

The CDRom version contains installable copies of Windows Acrobat Reader and the PocketPC Acrobat Reader.  These can be installed directly from the CD by simply clicking on the installation links in the CD's startup page.  It also contains additional WWW links to download the readers for other computing platforms.

I am open to discuss any input on releasing it in other electronic or paper formats. 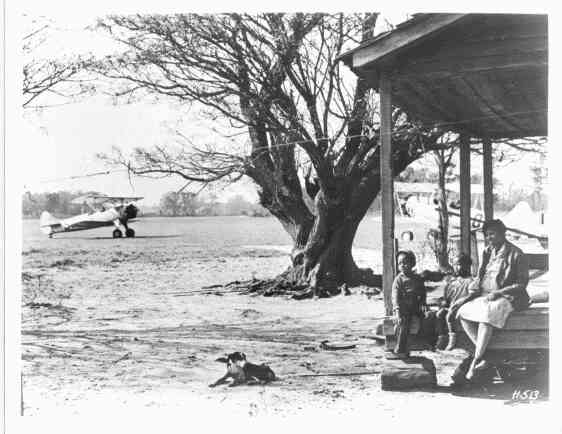 Thanks to Bill Strohmeier, here are the stats on Hawthorne Field in Orangeburg, where the need for this book was demonstrated during the training of thousands of aviation cadets for flight operations throughout WWI.

Hawthorne's Orangeburg school was in operation from October 4, 1941 through October 12, 1945, ending with the French class 46b.

Each cadet class spent two months in training six days a week and the graduates logged 65 hours of flight time by the end of the course.  Hawthorne Field was the last contract school to be closed after VJ Day.

A total of 329,332 hours were logged by 4272 American cadets, most with no prior aviation experience, of which 2965 graduated. 1,652 French cadets were trained of which 1,163 graduated. The safety record was also impressive with only one American fatality and two French during the entire history of the school.

Hawthorne also ran a Navy Primary Flight Training school in Columbia, SC as well that trained naval aviators using Piper Cubs rather then the Stearmans that were used in Orangeburg.

A Few Thoughts on Copyrights, Rights and Real Life

Going through this legal process while the Sonny Bono copyright extension to 70 years and the DMCA (Digital Millennium Copyright Act) were headline news was educational.

My personal conclusion from this experience is that these dangerous extensions of the copyright laws are playing a major role in assuring that a high percentage of works written after 1930 will be lost forever as the diminishing number paper copies disappear and disintegrate while the legal copyright issues that remain in place will prevent all but the most dedicated from preserving earlier works in electronic format.

The final owner of this book's original publisher's rights (which, as far as I know, was never profitable) remained in total legal control of the future of the reprint of this one work even though they didn't feel there was any residual value in it and responded in lock step using such archaic terms as "offset fees" and policies that didn't even acknowledge that e-book technology exists.  From my perspective, the current laws relate more to speculation and power than they do about protecting the rights of the authors and originators of content, who are, in real life circumstances, frequently not the beneficiaries of the protections provided by the current copyright law.

Time marches on. My father, Beverly Howard, was killed at the age of 57 while performing aerobatics at a charity air show in Greenville, NC in October of 1971.